This is our submission for the LocJAM WMHD!

It was certainly a new challenge for us, but as tabletop gamers ourselves it was definitely an interesting and exciting one, because tools like this are a great way to get thinking about inclusivity and safety when embarking on role-playing games.

About our translation
We'll briefly note some major translation choices we made while working on this project.
The title – Titles of games are often not translated, but since this is a tool all about inclusivity, we felt it was important to localise this title.  "Kommando zurück" can be translated back into English as anything between "At ease!" and "Hold on, no, that's not working." In this context, we feel it's a humorous way to refer to the core idea of Script Change Replay - that sometimes things go wrong or are uncomfortable, and then we need to step back and reevaluate.
Gender inclusivity – It was very important to us to make the text inclusive for all players. Common strategies for gender-inclusive language involve things like using an asterisk, underscore, colon etc. (e.g. Spieler*innen) for gendered nouns. However, these can present accessibility issues for people using screen-readers, people suffering from dyslexia and others (see references). Instead of using such methods, we avoided gendered nouns entirely, e.g. translating players as "Spielende", "Beteiligte", "Spielrunde", "Gruppe" etc, and using "Person" to refer to individuals.
"Triggers" – We avoided the term "trigger" in the translation, as it is now frequently misused and far removed from its original, very specific context. Instead we refer to themes/content which can bring up traumatic events/memories.
Form of address – Since this is all about inclusivity and being welcoming, we used casual "du" rather than formal "Sie" to address the readers.

Changes to the source
The colour – Yellow is a very attention-grabbing colour, and there's nothing wrong with that, but for our version, we're using a calm blue instead. In colour psychology, blue is considered a soothing colour. However, the cards remain yellow, as we do want them to command attention when used during a session (the text on them is localised).
Errata – Section 6 (Deploying Script Changes) refers to Highlight Reel, Instant Replay and Wrap Meeting as being detailed in the next section. However, section 7 actually covers Highlight Reel, Wrap Meeting and Bloopers & Outtakes. In the translation, we therefore refer to Bloopers & Outtakes at this point, rather than Instant Replay (which is covered in Section 5).
Rejuggle – In the original, folding along the dotted line would have either left Squicks visible while hiding Icks and the warning sentence, or hidden Squicks, Icks AND the warning sentence. We rearranged the element so that Icks and Squicks are under the fold, and the warning line above it.

References and Research
We found a few resources online where safety techniques for roleplaying settings are discussed. They served as reference for the vocabulary and the tone that is used to discuss such issues in the German-speaking tabletop community.
https://www.dnddeutsch.de/xcard/ - German translation and introduction of the "X Card" safety tool.
https://www.youtube.com/watch?v=yTb1uw8-NpY - Discussion of the use of trigger warnings in tabletop games (in German)
https://pnpnews.de/Karte-zu-sicherheitstechniken-im-grt-paket/ - Announcement and introduction of the X Card and other safety tools (in German)

And finally, a breakdown of accessibility issues around gender-inclusive language in German: https://www.netz-barrierefrei.de/wordpress/barrierefreies-internet/barrierefreie... 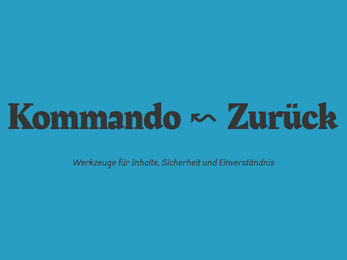 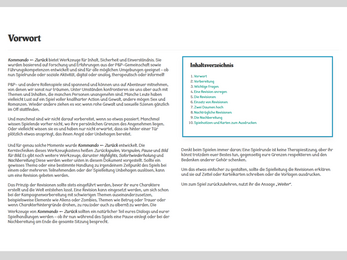 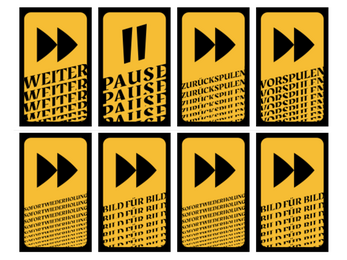